Metalworking had always been a key industry in Sheffield due to the availability of nearby raw materials such as iron ore, coal, charcoal and stone for grinding wheels. Sheffield had another advantage; several fast-flowing rivers to help power machinery. Improvements in waterwheel technology meant that waterpower was used to help stamp out metal objects, and power heavy drop hammers.

The introduction of steam powered machinery in the 1780s did not alter the traditional manufacturing structures much in Sheffield. While some manufacturers, called factors, tried to bring as much of the cutlery making process under one roof as possible, creating the first factories, the majority of work was still carried out by ‘Little Mesters’. The Little Mester was a highly-skilled craftsman who worked with a few employees and apprentices in a small workshop, which was often in their own home. Each Mester would specialise in one process, such as forging, grinding or polishing, and they later specialised further by making specific types of cutlery or working in a single material. This meant that one item of cutlery would pass through many pairs of hands before it was finally finished.

Despite the growth of both Sheffield and the cutlery industry, most manufacturing was concentrated within a square mile of the city centre. This was due to the specialisation of processes within cutlery manufacture, which relied on having other cutlery producers nearby to work with and for. The largest market for Sheffield cutlers in the early nineteenth century was America.

After the 1840’s electroplating became a more common method of silver-plating metal items, and it soon replaced Old Sheffield Plate as a manufacturing method in Sheffield. The history of twentieth century cutlery making was dominated by a single development; stainless steel. In 1913 Harry Brearley, Head of Firth-Brown Research Laboratories, discovered that a low-carbon steel with 12% chromium would resist rust. 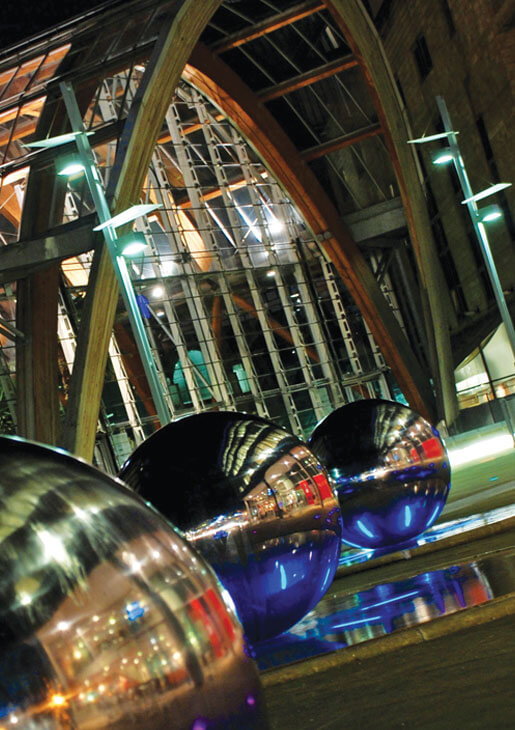 The First World War halted production, however, once this ban was lifted it took a while for Sheffield cutlers to accept the new metal. It could not be forged or ground in the traditional manner, so new machines were introduced to punch out blanks from cold-rolled stainless steel, and heat treat, grind and polish the blades. The increase in mechanized production to meet the demand for stainless steel products meant that many skilled jobs were lost in the interwar period. After the Second World War and post-war austerity Sheffield trade began to revive. By 1950 around 15,000 people were employed in the cutlery industry, most working in small companies which had fewer than a dozen employees.
The contraction of foreign markets and the increase in cheaper overseas competition, particularly from the Far East, meant that from the 1960’s onwards the cutlery industry in Sheffield shrank sharply. The economic difficulties of the 1970’s and ‘80’s also forced many of the remaining firms out of business. By the 1990’s there were only around 1000 people employed by a dozen or so in cutlery manufacturers left in Sheffield. Only a hand full of these family-run firms are still operating today, Inkerman Silver being the only one that is self-sufficient with all production inhouse and not reliant on any subcontractor companies to help produce cutlery made in Sheffield.

All of the cutlery manufactured in Sheffield is EPNS or sterling silver with limited stainless steel as this is still what is required for the prestigious cutlery market around the world.