The Heritage of Inkerman Silver

Samuel Eales returned from the Crimean war in late 1855 and devised a strategy to manufacture the best cutlery in the world, from humble beginnings Samuel Eales Silverware was born.

The key to Samuel’s success and longevity for the company was that he understood the need of his customers. They demanded value, timely service and above all quality. Samuel would employ only the highest skilled craftsmen.
The skills, techniques, and manufacturing processes that expertly crafted Sheffield’s finest cutlery from the late 1850s have been handed down from generation to generation to ensure the same exceptional standards are kept.

Despite our continued growth in the hospitality industry Inkerman Silver remains a family run business with a long and proud history.
We believe our success has been the continuous investment to make Inkerman self-sufficient.

Although our cutlery is handcrafted with each piece touched by a human hand no less than 36 times through its processes, we use the latest technology and machinery alongside this to bring our customer’s the best silverware the world has to offer.

With cabinet making, cutlery stamping, toolmaking, polishing, and silver & gold plating divisions Inkerman Silver has a unique self-contained manufacturing facility that no other Sheffield cutlery manufacturer can offer. Along with a purpose-built factory on the drawing board. Inkerman Silver is the leading manufacturers of Sheffield Cutlery. 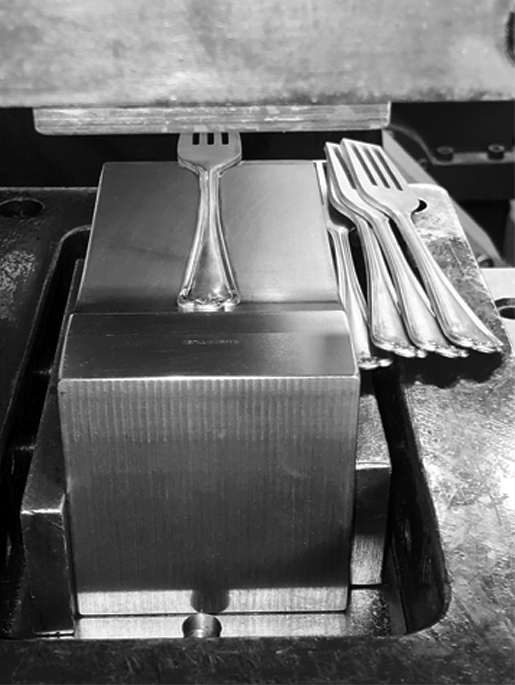